We got a call from a family that had finally decided to put their downstairs basement area to good use. They called us to do some work as their basement remodeler in Minnetonka. We were more than happy to help them out! The first thing they mentioned during their initial meeting was that they wanted to be able to entertain in the basement. The kids in the family, a brother and sister, had just entered high school and middle school, so it was important for the parents to have a space for them to be able to have their friends over (where they could also keep an eye on them). It was equally important for the parents to be able to relax in this space as well.

The basement and bathroom remodeling begins!

After taking a look at the basement, including examining the existing plumbing infrastructure, we made quite a few suggestions to the family. One thing that seemed to cause a lot of controversy was the choice of whether to have a full or half bathroom in the basement.  A full bathroom with a shower would take up more space and require some more work on our end, but of course it was possible! In the end, the kids had a bit of a victory here, since they argued it would allow them to have sleepovers or allow guests to stay in the basement without having to go up two stories to bathe in the morning. 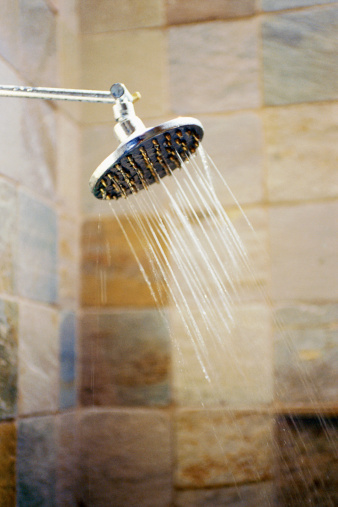 The silver lining, which the dad of the house really liked, is that it would be much easier to connect a wet bar on the other side of the bathroom, in the main room of the basement. While he adamantly maintained that any adult beverages would be locked up in the basement, he was definitely pleased at the idea of being able to have ice at hand along with a fully equipped bar. We agreed that this would go along well with the main purpose of the room, which would be a viewing and recreational room. They had decided that besides the bathroom and minibar, about 80% of the basement should be devoted to one room where everyone could get together.

We had briefly discussed setting aside some space for a home gym or office, but the family ultimately decided against both those things together. Having our work cut out for us, we went in to the unfinished space fully equipped to ensure a smooth process. The build only ended up taking a few weeks, and was actually finished about two days ahead of schedule. This was very impressive to the the man of the house especially, who told us that he would be sure to pass a recommendation along to any of his neighbors looking to get work done at their home. We were very grateful for the praise, and glad that we could deliver such a useful space that everyone in the family can enjoy.