Some Work to Help Out The Kids

We get requests that come from a lot of different motivations. Generally, when we are working as a basement remodeler in Chanhassen, we are usually finishing or redoing the space to make it more comfortable. However, we got two distinct requests from a homeowner that turned out to be a really interesting project for us. Their basement was semi-finished at the start, but afterwards we had transformed the space into a really useful area of the house.

The parents had two boys, and both really liked to play musical instruments. It seems they had saved up enough to buy a really high-powered amplifier. This was great for live performances, but was such a powerful speaker that even playing it at a low level could cause some serious disturbance in the neighborhood. They needed a small room in the basement to be as soundproofed as possible, which was mostly a matter of insulation. The second part of their request was pretty typical – they wanted a half bathroom finished along with a room that could be used as a home theater or rec room. 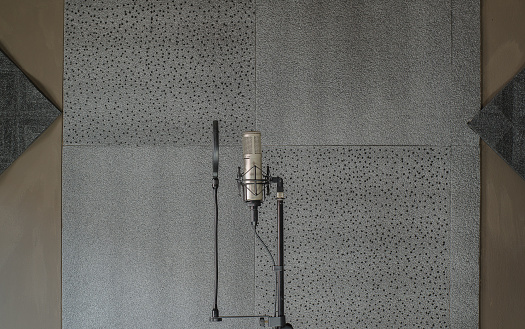 We told the parents that we could get the job done for the music practice room, which the kids were thrilled about. One of the big advantages of this, they said, was that they could possibly get a drum kit in the room. This would apparently be the beginnings of a band! We were very glad they mentioned this before the plans were finalized, as we slightly modified our original designs to accommodate for this. It was definitely not a problem, but certainly good to know that they had plans for even more sound generation beyond their large amplifiers.

We got to work setting up the roof to be finished and soundproofed. We used some very high quality materials in order to achieve this, and also installed some permanent soundproofing insulation on the inside. The biggest issue with this project was the ventilation. Without properly insulated ducting, the room would either turn into a giant oven (especially with all of those heavy electronics on) or would not actually be soundproof. We took this into consideration with the client, and they absolutely agreed that it was necessary.

Once we were finished with that room, the kids couldn’t wait to try it out. It was an interesting moment, as we don’t often get to test out some of the things we build as completely as someone living there. However, the room was a complete success. We could barely hear anything just outside the door, and the rest of the house was very quiet when they were playing. There was absolutely no danger of disturbing the neighbors either!

We then went ahead and finished the rest of the basement, which was more routine than the rest of this project. We put in the same dedication to quality as we do with all of our projects, and the results showed in a really great entertainment space. The parents were very glad that they could encourage their kids’ creativity without creating any problems in the community, and we were satisfied with another job well done.